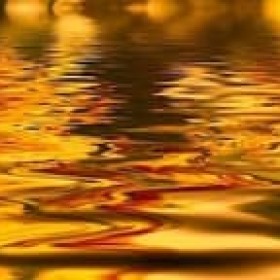 “Action is the antidote to despair.”

On April 30, 2019, I was invited to join Peter Yarrow for a concert at Casa del Migrante en Tijuana A.C., a shelter that houses a small number of the hundreds of thousands of people seeking relief and asylum. The visit to Casa was arranged for Peter, of the acclaimed folk music trio Peter, Paul and Mary, who wanted to sing for the refugees at the border in an expression of solidarity and compassion for them and their desperate struggle to find safety and welcome in a world which had, tragically, turned its back on them.​

Although Casa del Migrante was considered a men’s safehouse, there were lots of children with their fathers because many of the mothers were “missing.” 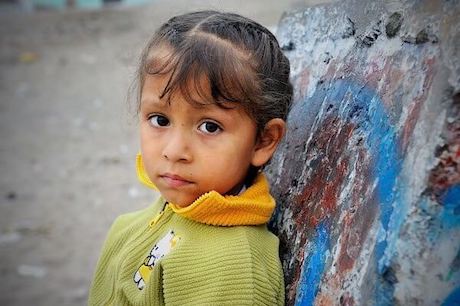 There were photographers and journalists present, and Peter asked that anyone who didn’t want to be photographed go to the back of the room. I was stunned to see many men pick up their children and go behind a screen; later, I learned that cartels and gangs were hunting some of them because of their refusal to join. As a result, their lives were at risk, and so they fled.

A girl came and sat beside me, and at that moment, my world shifted. She looked about 11. She was wearing a grimy and oversized leisure suit, and her arms and legs were as dirty as her clothes, but her face didn’t reflect that misery. She wore a huge smile, and her eyes were full of spirit. She sang in Spanish as Peter performed magically. Soon, there were a few little boys climbing on us, and suddenly we were singing at the front of the room with everyone else, many of us holding small children, I with my arm around this girl. The people were scared and physically worn, but they were full of life and love for one another. I knew I had to do something more than just feel empathy and concern.

That night Peter and I decided to form a nonprofit foundation to ease some of the suffering we witnessed and support the resilience and strength that had moved us so greatly. Overwhelmed by the magnitude of the problem but inspired by the individual stories we heard, we decided to support the people and causes that had inspired us – one story at a time.

Read the Interview
Watch the Movie 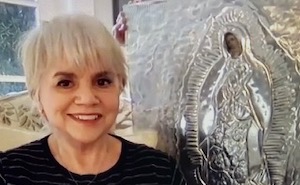 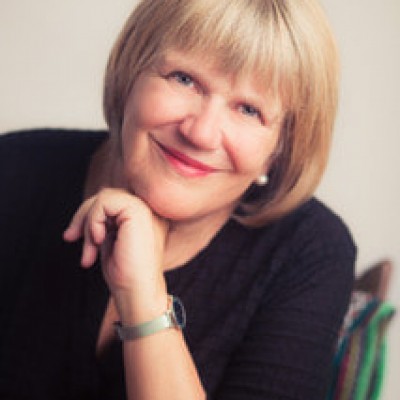 Linda Carroll, MS, has been the owner and director of Northwest Seminars & Consulting (NWSC) since 1986. Based in Corvallis, Oregon, NWSC is an organization dedicated to empowering individuals, couples, and families through education. Linda is best known as the author of three books on personal growth, and she is also a prolific public speaker on the topics of love, communication, and the importance of understanding our impact on the world.

​Linda earned a master’s degree in counseling from Oregon State University in 1980. She has been an active therapist since 1981, specializing in couples and communication, She has served as a faculty member at local colleges, speaks regularly on podcasts and in interviews all over the country, and is a frequent presenter and staff member at Rancho La Puerta in Tecate, Mexico. Linda grew up in San Francisco during the 1950s and came of age during the countercultural 1960s. From her more traditional childhood, she preserves a faith in the importance of service, mystery, and reverence for all forms of life. From her early flower-child leanings, she gained a belief in looking “outside the box” for approaches to individual healing and solutions to world problems. Overwhelmed with the magnitude of suffering in border communities, she struggled to find ways she could make a difference.

Linda was then particularly moved by a homeless migrant family she met while accompanying singer Peter Yarrow at an April 2019 concert for migrants in Tijuana. She helped this family navigate the system to find resources, hope, and a way forward. Those experiences made her realize that, although it may seem impossible for one person to change the system, she really could make a difference – one story at a time. ​This empowering idea gave birth to the foundation. 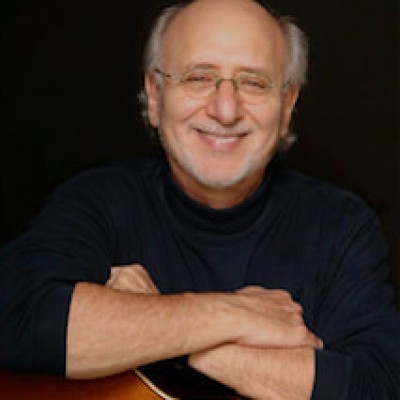 As a folk singer and activist, Peter’s areas of commitment have included equal rights, social justice, peace, the environment, gender equality, homelessness, hospice care, and education, among many others. All have engaged his skills as both a performer and an organizer, and Peter’s gift for songwriting produced some of Peter, Paul & Mary’s most memorable songs, including “Puff, the Magic Dragon,” “Day is Done,” “Light One Candle,” and “The Great Mandala.”

Along with his singing partners, Peter participated in various demonstrations such as the March on Washington in 1963 led by Dr. Martin Luther King, Jr., the Selma-Montgomery March in 1965, various marches for women’s rights, nuclear disarmament, the Anti-Apartheid Movement, Peace in the Middle East, and many more. Peter also organized various demonstrations for the Anti-Vietnam War Movement in Madison Square Garden, Shea Stadium, and, in 1969, Washington, DC, in which a half-million people participated.

In recent years, joined by his singer-activist daughter Bethany and son Christopher, Peter has participated in Occupy Wall Street, the Standing Rock Pipeline protests in North Dakota, and The Unity Concerts for return of the Black Hills of ND.

In April 2019, Peter sang for migrant-refugees at a shelter in Tijuana, Mexico. 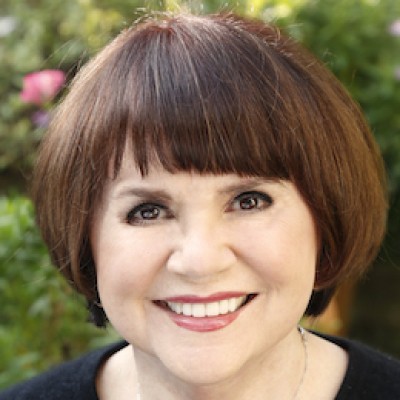 Linda Ronstadt is arguably the most versatile vocalist of the modern era.

She has broadened the latitudes of the pop singer, expanding the vocalist’s canvas to include country, rock and roll, big band, jazz, opera, Broadway standards, Mexican and Afro-Cuban influences, leaving no stone unturned in the pursuit of the ultimate song.

Her credits include: worldwide album sales of more than 50 million, at least 31 gold and platinum records, 10 Grammy Awards, the National Medal of Arts, and membership in the Rock and Roll Hall of Fame.

In 1987, Ronstadt recorded Canciones de mi Padre, a set of traditional Mexican songs from her childhood. To the surprise of everyone (except Linda), the album became a multi-platinum success, and is still the largest-selling Spanish language CD in the history of the U.S. music industry.

“In 1963, when I was 15, I watched as Peter, Paul and Mary participated in the march on Washington and I was deeply impacted. From that day forward, my politics began to form, and I developed an immense respect for Peter’s social justice work.

“What appealed to me about One Story at a Time, apart from Peter’s involvement, was the work being done along the U.S-Mexico border. I participated in similar efforts for many years when I lived in Arizona, and I have a deep affinity for the people of Northern Mexico where my grandfather was born.

“It is also important to me that the organization has a component that offers music to people.” 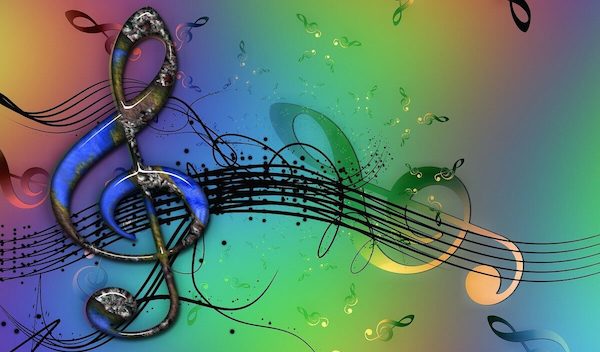 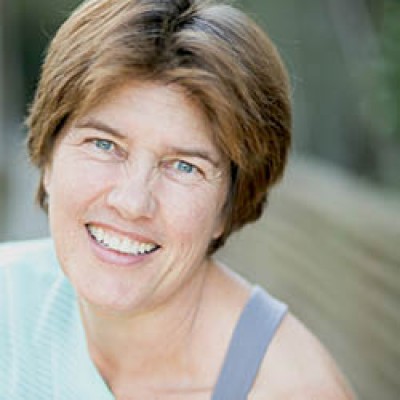 Jill started her first career in recreation – teaching swimming, skiing, aerobic dance and starting a travel group for the YMCA in Madison, Wisconsin. Her journey then included international travel, an MBA, and a fun-filled 20-year stint in high tech magazine publishing.

Visiting Rancho La Puerta after a tough year in 2002 instantly re-ignited her love of fitness and community and love of the great outdoors. In 2013 she tired of down-sizing traditional print magazines, and was ready for a midlife journey change, so she “loaded up her truck and moved to Mexico.” She discovered that coordinating valuable content for like-minded audiences transfers well from publishing to the magic of The Ranch experience.

​She now utilizes those skills in Rancho La Puerta‘s fitness office, crafting the schedule and helping to coordinate content and publishing it for guests and staff. She is passionate about creating sustainable change in one’s life and finds the Ranch Mantra of “Siempre Mejor” a wonderful life philosophy. She loves to lead or assist with hiking, swimming, chanting, meditating and leading tours, orientations and Take The Ranch Home classes. She is falling into deep like with new San Diego and Baja territory. 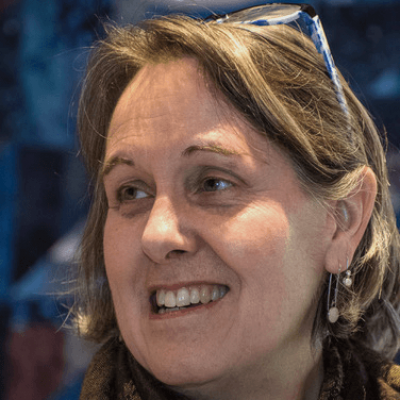 The Rev. Jill McAllister is a Unitarian Universalist minister in Corvallis, OR, where she also teaches World Religions at Oregon State University.

She has served congregations in Michigan and Oregon for more than thirty years, and has helped train and teach congregational leaders across the country and around the world.

Her work has included helping build local, international, and interfaith coalitions for immigrant and refugee support.

The congregation she serves is a Sanctuary Church and one of the leaders of a new local coalition addressing issues of housing and homelessness. 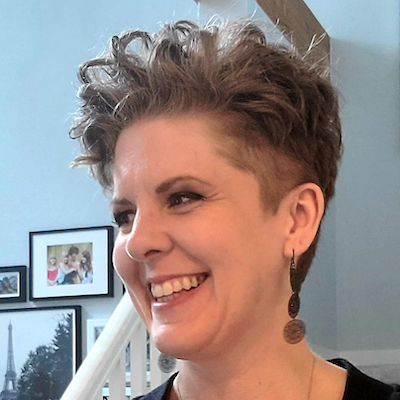 Kaylene Campbell joins ONE’s board of directors in the role of treasurer.

After a 20-year career as a tax accountant, she altered course and received a degree as an Interior Architect.

Kaylene is now a Lighting Designer in a global engineering firm.

Her passion to be an ally in the expansion of social justice drives her to imagine and design the future in equitably meaningful ways. 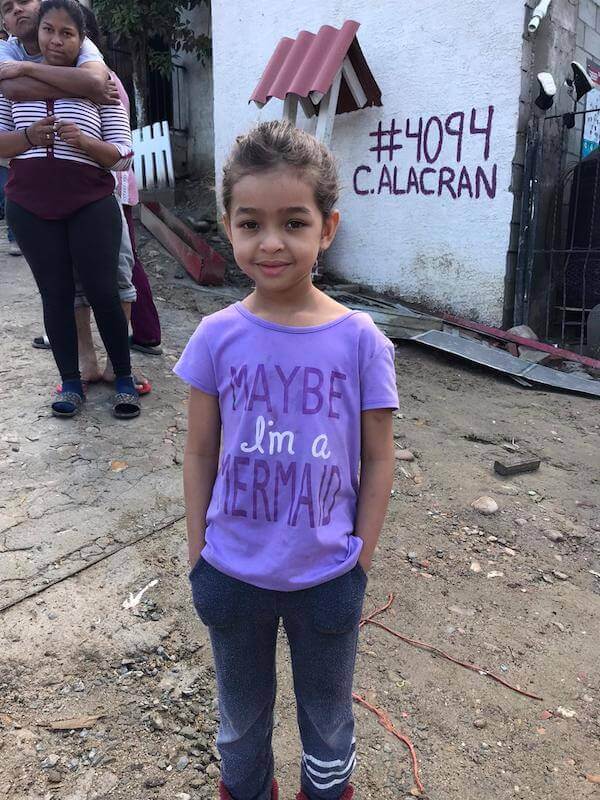